Google One hits a billion downloads 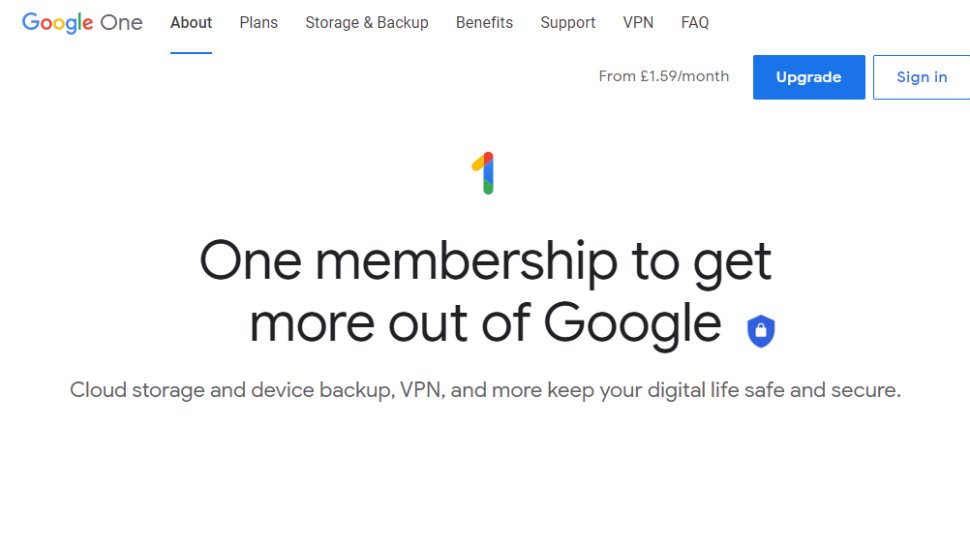 Google One, the tech giant’s service expansion to its cloud storage platform, has passed one billion downloads on Android devices, the company has revealed.

The storage app began life as a paid subscription service, expanding the storage capacity of Google Drive, but also provides users with more storage to use in Gmail and Google Photos.

Other features of the service now include extra assistance via Google Support, and a VPN that can be used across devices, which perhaps has a big role to play in the app’s huge uptake.

Benefits for those subscribed to the top tiers of Google One include a 10% Google Store credit on purchases, and even periodic offers on free hardware.

The app itself allows you to view a breakdown of your storage usage as well as manage your backups of your android devices. You can also access the aforementioned Google Support feature here too, which you can call, email or chat to.

The VPN that is included with Google One is free for those who own one of Google’s latest smartphone models, the Pixel 7 and Pixel 7 Pro, making the Google One app a real boon for those users, even if they don’t have a paid subscription.

It is also available on PC and Mac, while users on Chromebook will have access to the VPN via the same Google One app used on Android smartphones.

Google One is yet another in a long line of Google apps to reach over a billion downloads, following in the footsteps of Google Docs, Translate and Lens among others.