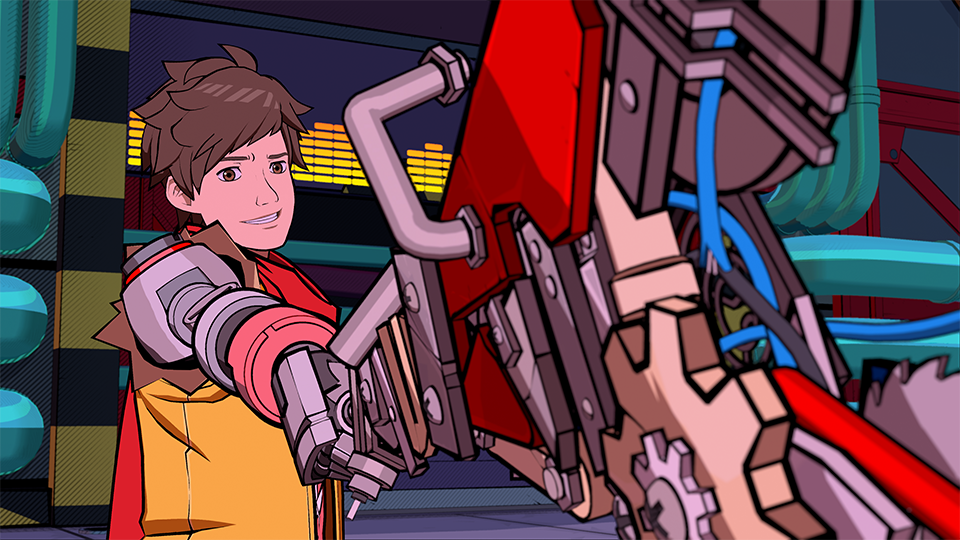 Tango Gameworks, the studio behind The Evil Within series, has revealed its new game – and it’s a far cry from the studio’s usual offerings.

During the Xbox and Bethesda Developer Direct showcase, the developer revealed Hi-Fi Rusha stylish rhythm-action game that feels somewhat Scott Pilgrim-esque and will be available on January 25 for Xbox Series X|S, Xbox One, and PC.

With a comic-book art style reminiscent of Jet Set Radio, Hi-Fi Rush you step into the sneakers of Chai, a wannabe rockstar who, after mistakenly having a music player strapped to his heart by an evil tech conglomerate, can sense the rhythm of pretty much everything, allowing you to turn the world into a living soundtrack.

We got the beat

Chai must battle his way through the corporation’s headquarters one department at a time, in an effort to foil their evil plans, with every attack and move synced to the game’s living soundtrack. But it’s not just Chai who has got rhythm, obstacles, cutscenes, enemies, and more all play a role in this musical game. By embracing the rhythm and landing attacks to the beat, you’ll be able to enhance Chai’s combat. However, you won’t be penalized for having two left feet and the developer emphasized that his combat is never restrained by the music.

At the end of each department, Chai will have a musical showdown (definitely like Scott Pilgrim) with his boss. But, rather than the usual beats, these fights are soundtracked by a licensed track. Expect tunes from the likes of Nine Inch Nails, The Prodigy, and more for these.

Fortunately, Chai’s not alone in his endeavour. Alongside his trusty robot cat, who helps him keep rhythm, and a handful of unlikely allies that he can partner up with to unleash devastating attacks.

This is certainly not what we expected from the studio that brought us the spooky Ghostwire: Tokyo and terrifying The Evil Within series, but I can’t wait to check it out when it’s available later today.