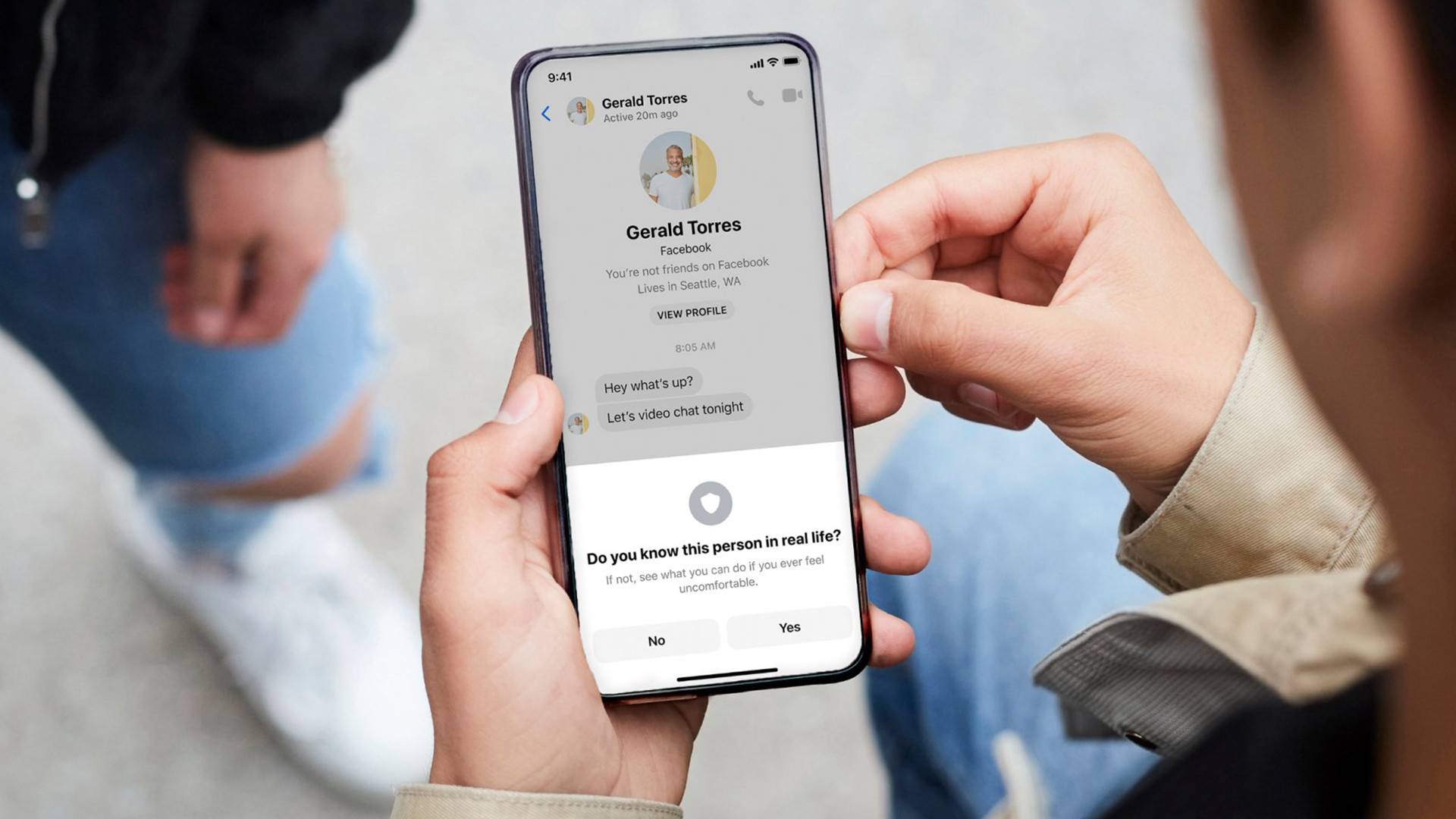 Now, whenever a teenager joins Facebook, their account will automatically have more stringent privacy protections. This includes, but is not limited to, deciding who can see their friends list, what pages they follow, and who is allowed to comment on their posts. For accounts created before this update, Meta states (opens in new tab) it will start pushing those users to adopt those same settings, but won’t force it. If all this sounds familiar, that’s because Instagram implemented very similar changes back in 2021 to protect young people there.

Power to the user

Meta goes on to say it’s working on new ways to stop blocked and reported accounts from contacting underaged users.

One way it’ll do this on Instagram is by, as part of a test, removing the message button, making it impossible for predatory adults to use Instagram messaging to contact teen users directly.

Plus, the People You May Know recommendations feed on Facebook will also no longer display these flagged accounts.

Coming to both Messenger and Instagram is a new notification encouraging teenagers to use safety tools anytime they feel “uncomfortable” during a conversation. One notification will ask users if they know the person who just messaged them. If ‘No’ is chosen, both apps will bring up a series of actions (opens in new tab) they can take, like blocking the account or reporting them.

According to the announcement, the new Facebook default privacy settings are rolling out today (Nov. 21); presumably, so are the other changes. We reached out to Meta for clarification. This story will be updated if we hear back.

In addition to the update, Meta announced it’s partnering up with the National Center for Missing and Exploited Children (NCMEC) to create a new platform to “prevent [teenagers’] intimate images from being posted online” and spreading across the internet. It aims to help underaged users “regain control” of these leaked images while also discouraging those acts in the first place.

While it’s great to see more security features being added, Meta’s recent track record on privacy has been confusing. On the one hand, the company improved Instagram’s blocking system to stop trolls from harassing you further back in October. But at the same time, the platform implemented a new precise location feature that can make users vulnerable to stalkers or theft.

It’s a rather mixed message that could lead to privacy problems for all users; especially teenagers. Because of that, be sure to check out TechRadar’s best parental control app for 2022.