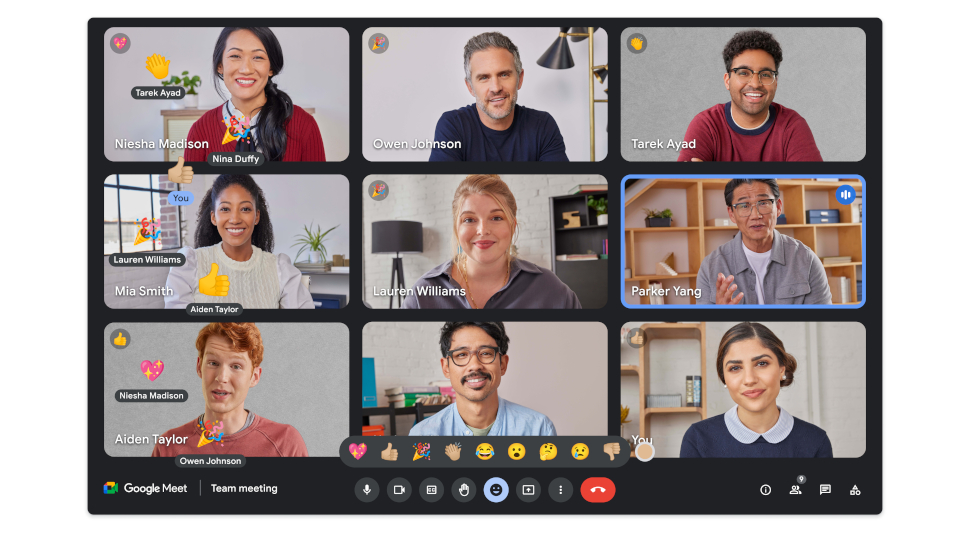 Showing how you really feel about your next meeting could soon be a lot easier (and riskier) thanks to a new update to Google Meet.

Using common emoji such as smiley face, heart symbol or thumbs down, the reactions will appear as a small badge in the sender’s video tile, as well as floating up the left side of the screen.

For those really explosive moments, when there are multiple user engagements, Google says users will see a burst of emojis on the left side of the screen.

Users will also be able to share a reaction by selecting the “smile” icon in the control bar to bring up the reaction bar. This menu will also allow users to select the skin tone of their choice, which will then be applied to all emojis subject to change color.

“In-meeting reactions provide a lightweight, non-disruptive way to engage and participate in meetings without interrupting the speaker. Further, with options to select skin tones that best represent your identity, you can participate authentically,” the company wrote in a Google Workspace blog post (opens in new tab) announcing the news.

“We hope these features make it easier for you, your colleagues, and stakeholders to stay better connected and engaged, whether they’re working from home, the office, or anywhere in between.”

The new reactions, which will start rolling out from January 16, will be on by default, so there’s no need for admins or end users to take any action.

They will be available to all Google Workspace customers, as well as legacy G Suite Basic and Business customers and those with personal Google accounts.

The news is the latest in a series of updates to Google Meet as the company looks to make its platform more engaging for users everywhere. Most recently, it unveiled three rather unsettling video filters to offer a bit more personality for users who would like to portray themselves with a log or a strawberry for a head, or be cast as a rabbit in an office cubicle.