The cheapest Nintendo Switch bundles and deals in November 2022 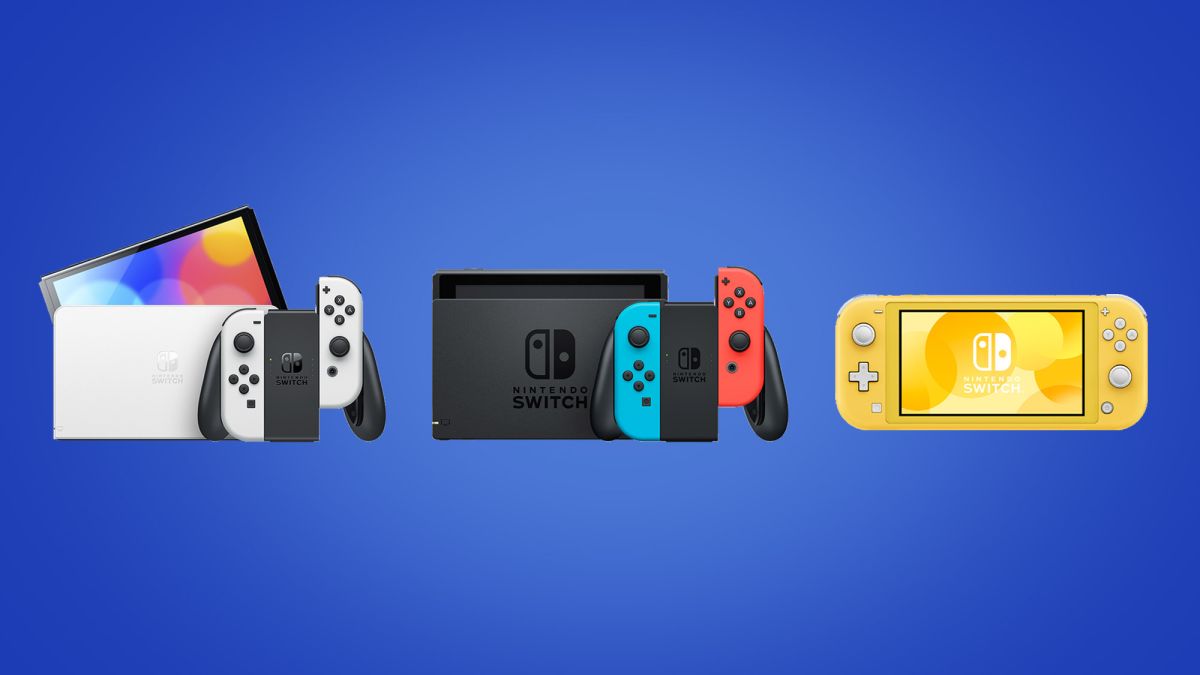 You’ve come to the right place for all the best value Nintendo Switch bundles available right now. We’ve searched the net to bring you all the cheapest offers in both the US and UK that come with top games and accessories. Just be aware that this year’s Nintendo Switch Black Friday deals are almost here, so the savings could be even better in the weeks to come.

We’ve also gathered up the lowest prices for a Switch console by itself available right now if you don’t like the look of any current bundles. You can also find all the week’s best Nintendo Switch deals on games and accessories in case you want to buy any extras separately. Naturally, we’re expecting more discounts on these in the Black Friday deals throughout this month.

The biggest or best value Nintendo Switch bundles are usually saved for big retail events, but there are often good options throughout the year. There are bundles that feature some of the best Nintendo Switch games, including the option to add recent Pokémon, Metroid or Monster Hunter titles for nothing – or at a fraction of the usual cost.

There’s good news when it comes to the Nintendo Switch OLED stock situation, too. The upgraded console is generally available at all retailers right now so you shouldn’t struggle to find one – and bundles have appeared too. We’ve included any of these on this page as well, including any Nintendo Switch OLED Black Friday deals.

And while there are some good offers today, keep in mind that we usually see excellent value limited-time Nintendo Switch bundles or deals on games and accessories during the end-of-year sales. Hold out if you can, as Nintendo has confirmed deals will land from November 20.

The comparison chart below shows all the cheapest prices for a Nintendo Switch console by itself. Just make sure you don’t pay any more than the US MSRP of $299 and the UK RRP of £259 – even if there’s a stock shortage again. Sometimes it’s better to get one this way and buy your games or accessories separately if there are any considerable deals.

We’ve also got a look at the best prices for the Nintendo Switch OLED today as well. Remember, the RRP for this is $349.99 in the US and £309.99 in the UK. It’s still early days but there have already been small discounts of up to $30/£30 on this new version of the console.

If you want some games or accessories with your purchase, scroll down a little further for all the Nintendo Switch bundles on offer.

Nintendo Switch bundles: how to spot a good deal

In this case, it’s worth picking up a Nintendo Switch bundle with a full $60 game and grabbing the cheaper title separately if you’re desperate to play it. For this reason, it’s always worth double checking the going price of the bundled game you’re picking up against the overall cost to make sure you’re getting a good deal. Nintendo Switch sales outside of busy shopping periods (Black Friday or the holidays) are more likely to try this tactic.

The best games in a Nintendo Switch bundle

As mentioned above, first-party releases are the games you’ll want to look for in order to get the best Nintendo Switch bundle deals. These are the games that have been developed and produced by Nintendo themselves, so that’s the likes of Mario Kart, Mario Party, The Legend of Zelda, Metroid, Pokémon and so on.

As these titles do not usually fall much below their usual price (even years after launch) your best option to get them for cheap is as part of a Nintendo Switch bundle. We’ve seen games effectively receive discounts of up to 50% when bought as part of a bundle.

When to shop for Nintendo Switch deals

The best Nintendo Switch deals are usually found around the holiday period. You’ll find the year’s biggest games tend to be released between October and December, which gives bundles a higher value when these titles are included at a discount price. However, a new Nintendo Switch bundle generally pops up along with any big first-party release. We’ll be looking out for anything featuring Metroid Dread when that launches later this year to help you save some cash on your Switch.

The Nintendo Switch Lite was released at just $199.99/£199.99 in 2019. That’s $100/£80 less than the original Switch console. If you want to play games on the TV as well, you should go for the standard Nintendo Switch instead as the Lite is only playable in handheld mode.

The Nintendo Switch Lite comes in multiple color options. You can pick one up now in turquoise, gray, yellow or coral pink, as well as a special Pokemon Zacian & Zamazenta Edition. We have a larger hub dedicated to all the best Nintendo Switch Lite bundles if you want to check it out in more detail.

Looking for something to play? Some of the latest Nintendo Switch bundles might not offer the game you’re looking to get into first. If not, use this price comparison chart below to find the cheapest Switch titles around or head to our larger guide to find even more cheap Nintendo Switch games. Remember, to play online multiplayer and get other benefits like free games, you’ll want to pick up a Nintendo Switch Online subscription deal as well.

If you’re looking for more multiplayer options, you might want to check out the latest Joy-Con deals. These controllers come in $10 more expensive than the Pro Controller (more on that below) but you do get two separate controllers to expand your options. Nintendo Switch deals rarely include these controllers in their bundles as well, so it’s not worth holding out for a mega-bundle.

Or maybe you just fancy some different colors for your own use – the Neon Red / Blue Joy-Con pack offers opposing colors to the ones the console ships with, for example (left red and right blue). Check out the latest prices below, or shop the best cheap Joy-Con sales going right now.

Possibly not! Remember how the Joy-Con controller splits in two? Turn them sideways and you get two basic controllers, each with their own analogue stick and face buttons – the d-pad acts as face functions on the left controller. We’ve seen 2K’s NBA series, Snipper Clips, FIFA 19, and Mario Kart being used this way for local multiplayer in both docked and tablet modes. So you get multiplayer functionality straight out of the box with no additional purchase required.

However, if you want to play four-player games, then you’re going to need to invest in an extra pair of Joy-Con controllers or some Pro controllers. We’d buy the Joy-Cons as a pair (see our comparison chart above) as you’ll save a bit of cash over buying them separately. Better yet, if your friends own a Switch, ask them to bring their controllers to the party!

Nintendo Switch bundles rarely offer extra controllers at the standard price, as these are particularly pricey gamepads. However, retailers sometimes include a Pro Controller in their Nintendo Switch sales with a slightly higher price tag.

With only 32GB of internal storage, you’ll be wanting to pick up a cheap memory card or two for your new Nintendo Switch for any digital purchases or the inevitable game-fixing patches. Don’t fret though, they’re actually surprisingly cheap, with even 64GB ones coming in at under £20/$25.

What memory cards does the Nintendo Switch need? Those will be Micro SD cards also known as, depending on their size, as MicroSDHC (up to 32GB) or MicroSDXC (up to a huge 2TB soon). Nintendo also has their own branded cards, but you’ll be paying more just for a label. So for now, we’d take a look at this range of cheap MicroSDXC Nintendo Switch-friendly cards.