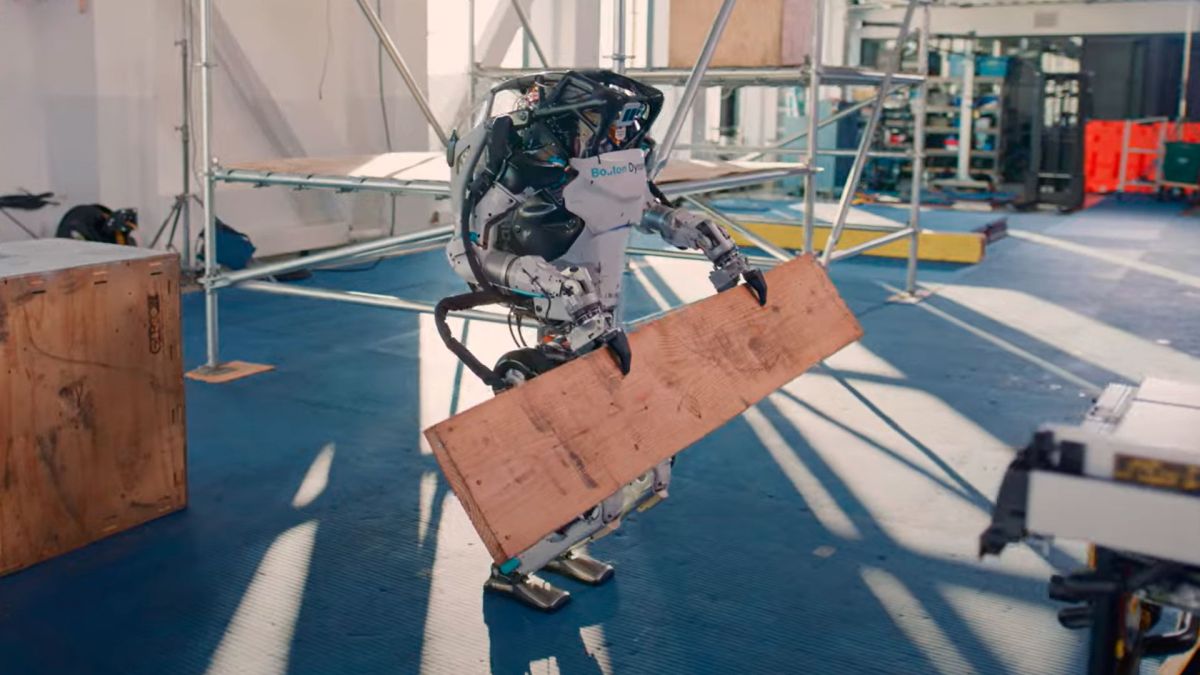 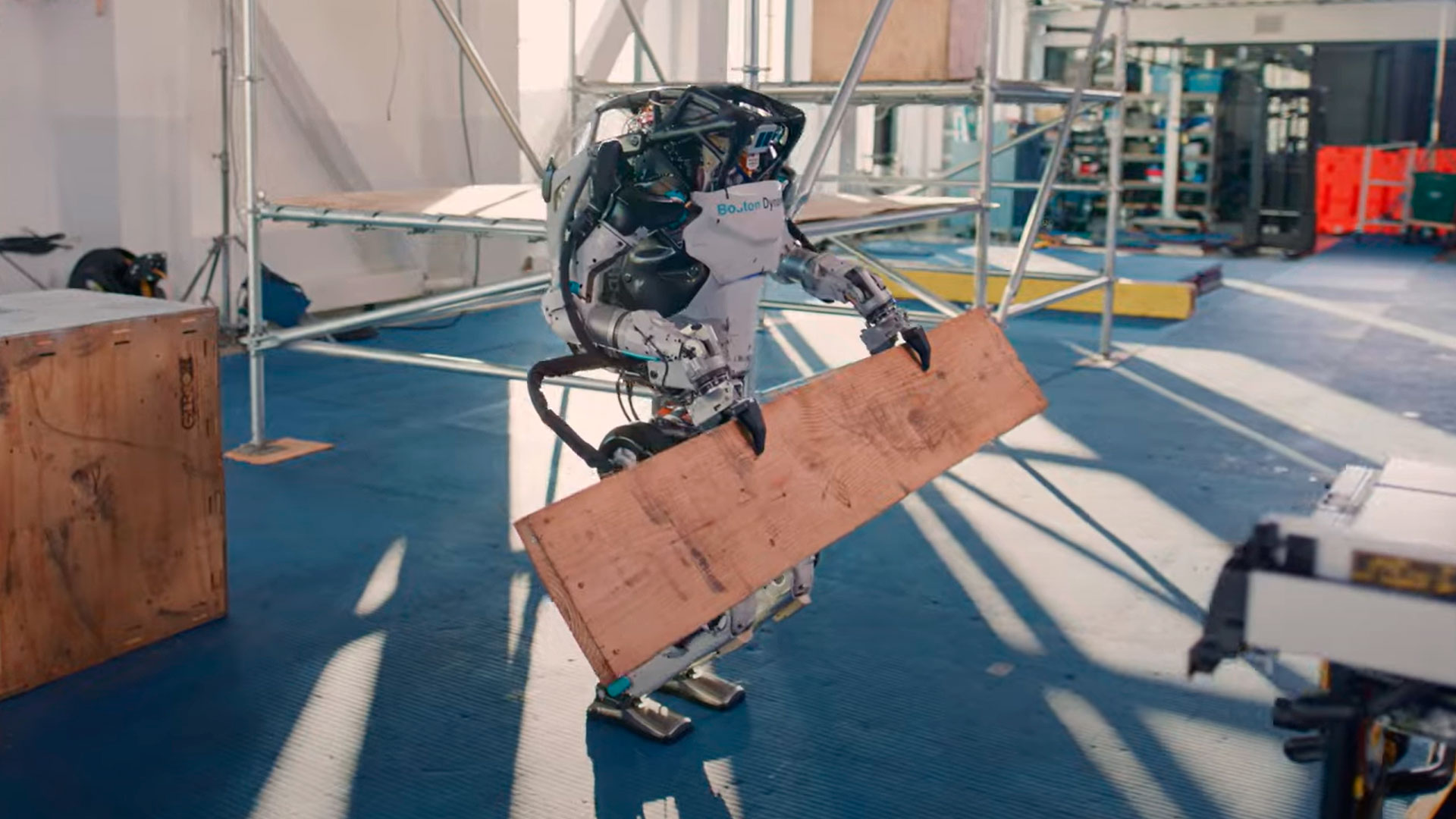 The most stunning thing you’ve ever seen a robot do is no longer parkour, it’s a robot finding, fetching, and delivering a tool bag to a human worker.

This week, Boston Dynamics posted its latest Atlas Robot demonstration video (opens in new tab), but this one was different. In previous videos, we’ve seen the humanoid, bipedal robot, walk, run, dance, climb stairs, and do parkour. We’ve even seen it perform synchronized dances with a robot dog (Spot), but we’ve never seen anything like this.

In the scenario, which features Boston Dynamics’ first human actor, a construction worker is building a scaffold until he realizes he forgot his tools. Enter Atlas. The now-familiar robot has been equipped with grabbers. In the video, it appears to seek a path to reach the worker, which includes finding a wooden plank and making a bridge between the stairs and scaffold.

Atlas then locates the tool bag, grabs it, walks up the stairs, across the plank, and, when it’s just a level below the work platform, expertly flings the bag up to the worker.

Naturally, Atlas can’t get down like a normal worker and, after pushing a huge wooden box off the platform, leaps to it and then flips off the box and lands on the ground.

It’s good fun to watch unless you’re a construction worker worried about your job.

For technologists, the routine is a feat of engineering and programming. In a subsequent video (opens in new tab), Boston Dynamics engineers explained how they programmed Atlases’ onboard software to use its two cameras (one for color images and one for depth location) to identify and find objects. There’s also new programming to ensure that when Atlas lifts, throws, and moves objects that it can understand the forces of objects on its body and not fall over when it lifts something heavy.

In other words, Atlas has to use his body in much the same way humans do when they lift packages and carry them around.

“One of the hardest things about grabbing things and moving them around with the robot is that it creates an entirely new set of challenges of trying to decide where is that object that I’m manipulating and how is it moving,” explained one Boston Dynamics engineer in the video.

For as impressive as Atlas’s moves are, the programming is done first in a simulation to understand how any of these moves might work on the real robot. Atlas doesn’t natively know how to do anything. The simulation may work, but Boston Dynamics has to constantly reprogram and reconfigure the robot to try and nail these moves. The final flip with a spin (or “sick trick,” as it’s referred to in the video) is something Atlas couldn’t do as recently as a year ago.

It makes you wonder what Atlas will be able to do within another year. The plan is for such a robot to eventually end up in manufacturing or construction, but we think it might prove pretty handy around the home, too.